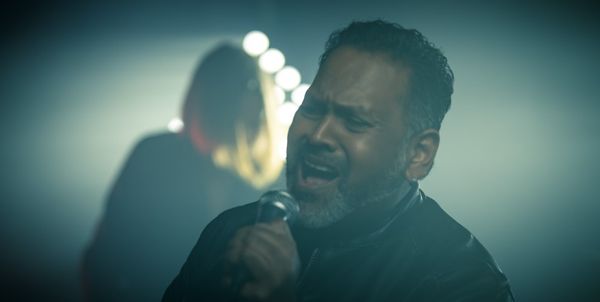 Malaysian born Ravie is a veteran in the entertainment business and has wowed crowds in Malaysia, Asia and Australia. He has made singing his profession since 1993 with the Steel Band, Soulout Band, Roadhouse and One Planet as well as a solo career. He has an extensive repertoire of music and can sing in three languages, English, Malay/Indonesian and Tamil.

Ravie won the Best Performer Award at the Asia Bagus Band Competition in 1994. He was the founder of the band Roadhouse which in 1998 went on to win the Distinguished Award, the MTV Band Alert, singing an original composition, Love is Blind. In 2000 Roadhouse produced the album ‘Victory’, this was a Malay/Tamil/English album that received airplay on the radio and resulted in a successful tour throughout Malaysia. Through this achievement Roadhouse went on to perform in some of the hottest clubs in Asia, highlighted functions include a private performance for the Sultan of Brunei.

After migrating to Australia, Ravie continued his singing career in Darwin Casino from 2005-2006 before moving to Adelaide in 2007 and forming a Reggae band, One Planet. One Planet was a huge success performing in hotels and clubs around South Australia as well as supporting Reggae legends, Jimmy Cliff (2015), Maxi Priest (2016), and the Original Wailers (2017 and 2019). In 2017 One Planet performed on a cruise ship with international artists such as KC and the Sunshine Band, Boney M, Cutting Crew and Go West along with other Australian acts. Following this success One Planet released two albums, Reggae with Friends (2015) and Next Step (2020).

In 2022, Ravie's singles Positive Vibes (released in August), Something You Just Can't Have (released in September) and In The Stars (released in October) reached No 1 on Australian Music Radio Airplay Project (AMRAP) chart.

Currently, Ravie performs with Toni Clark on Guitar and Shireen Khemlani on Bass. Toni has been performing for 30 years with many bands such as LA Maid, Miss Molly as well being a successful session musician. Shireen is one of Adelaide's most in-demand bassists, originally from Singapore she also performed in LA Maid, she has worked with many local and international artists and theatre shows.

Ravie is a dynamic entertainer, and his smooth vocals captivate any audience. Ravie is a truly great performer and music is his life and passion.